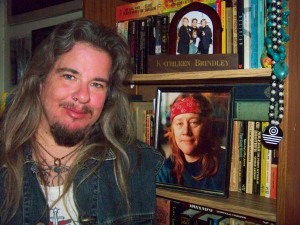 Alec Butler is a 2Spirit playwright and filmmaker. He was a nominee for the Governor General Award for English Drama in 1990 for his play Black Friday. Butler has also worked on artistic projects with the 519 Community Centre as their first artist-in-residence. He was named one of Toronto’s Vital people by the Toronto Community Foundation in 2006. He is a Metis of Mi’kmaq heritage

BCP: Why poetry and filmmaking?

AB: I always wanted to be a visual artist but I grew up working class so being an artist of any kind was not encouraged, I might as well be queer. The reasoning was one couldn’t make a living from art, so I never learned to draw or paint like I wanted so I draw and paint with words and film. Getting a typewriter for xmas when I was 12, after asking for years, was a lifeline for me; my way of expressing my creativity seems to be through words.

Also, a typewriter was something secretaries used so considered more practical. Not that my parents were philistines, they had to leave school in grade six and go to work, so it wasn’t their fault. They were smart but limited because of their class and the racism in what they thought my choices could be, they were also very protective because I was born intersexed and went through hell growing up because of it. I was never in the closet, I always out by default I couldn’t be any other way, even if I wore dresses and makeup because the “f” box was checked off on my birth certificate, I looked like a baby drag queen.

BCP: What is your process?

AB: It always starts with the images, when I was writing plays back in the 1980’s and 90’s, I saw the major scenes in my head, like snapshots, and filled in what was happening in the scenes with dialogue and action. Same with the films. Poetry is different, emotions are a lot more involved, how people and incidents make me feel. So I read a lot of poetry, look at a lot of images by other artists, I get out the scissors and glue and make collages, “cut and paste” old school. Juxtaposing different images against each other fires up my creative synapses every time, they trigger memories and conversations from the past as well as inspire scenes and images that could happen in what ever I am working on. I also surround myself with inspiring people who tell me things, about themselves, and tell me how amazing I am. 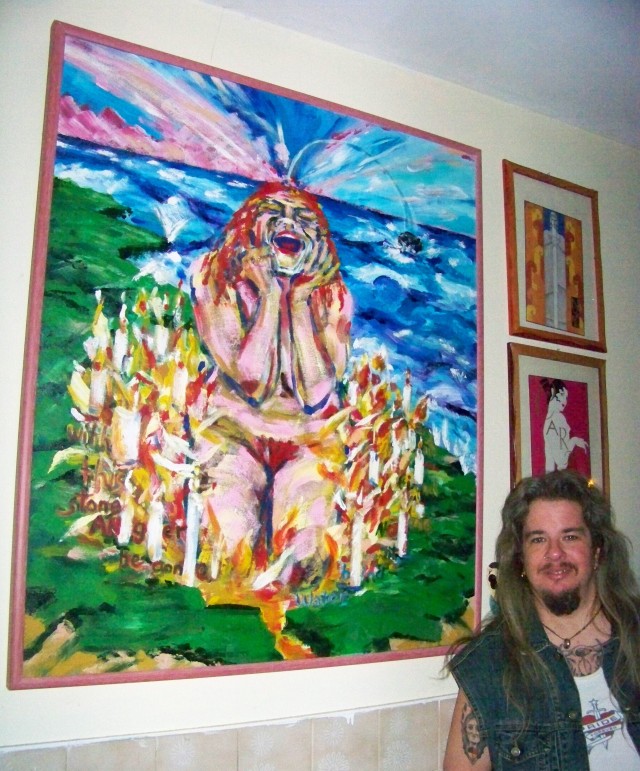 BCP: How long have you been writing poems and making films?

AB: Other queer visual artists, writers, filmmakers who went through similar struggles as an outcast, revolutionaries critical of the status quo, Jean Genet, Rimbaud, Henry Miller, Allen Ginsberg. Also work by people of color, James Baldwin is a favorite. Audre Lorde’s essays and mythobiography blew my mind when I was in my twenties. Before I moved to Toronto I saw a Fassbinder film called fox and his friends in German with French subtitles on the French channel, but I could still follow it. Fassbinder plays a gay male hustler, that’s where I got my butch fashion sense when I first moved here to escape the road in the bush where I grew up. I wanted to move here to be an artist and a gay male hustler. Back then I couldn’t stand the idea of having sex with men, so that was a drawback, I had a romanticized idea about it too, quickly dispelled by the man who directed some of the first plays I wrote, he was a gay male hustler as well. Sex work is just another job. I don’t feel that way about having sex with men now though.

BCP: Your poetry is raw, honest, and stimulating. What do you try to convey to your listeners?

AB: Courage is worth the risk. Love conquers all. 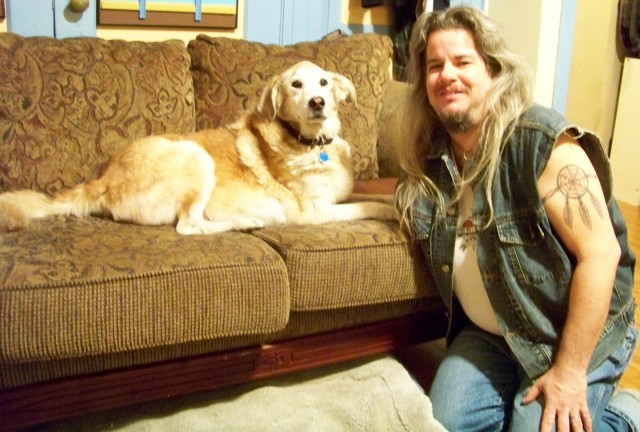 BCP: How long were you working on the poem to be featured on blackcoffeepoet.com?

AB: I wrote in Stolen Land last September after the G20 last year, did another re-write before I read it at the premiere of My Friend Brindley last night (November 28, 2011). Are poems, plays, novels really finished for the artists who create them? Tennessee Williams constantly rewrote plays even after they were enshrined on film. This weekend I also rewrote a play called medusa rising that I wrote 17 years ago, it’s a play about activists trying to change the world, “the personal is political” was my mantra when I wrote it back then, I was inspired to re-write it recently by the occupy movement, wish there was such a movement back then, maybe the play would have had more of a life beyond me producing it on my own. Most of my plays were produced by my own theatre company mainly out of necessity I was so different and ahead of my time that nobody really knew what do with my work. One also has to prove oneself, which is fine when you’re part of the status quo to begin with, someone will produce or publish you because they can put your work in a pigeonhole and sell you but when you’re not, you’re fucked unless you do it yourself.

BCP: Is your writing influential in your filmmaking? Vice versa?

AB: Of course, I don’t know how it could not be. Many of my films started out as poems or poetic monologues. Interviewing Brindley for My Friend Brindley inspired the monologues in the film. Very symbiotic relationship in my experience.

BCP: How was it working on My Friend Brindley, a film about a friend who was slowly leaving this world?

AB: It was heartbreaking and healing at the same time, editing the film was hard, I didn’t want to cut anything. Brindley as an angel looking over my shoulder made it easier.

BCP: Brindley was your mentor. Are you mentoring anyone at the moment?

AB: Wish I had more time to mentor, most people don’t want to be challenged and I challenge people and advocating for my communities takes up a lot of my time. And scratching out a living to keep from being homeless myself is a constant pressure.

BCP: Do you see your writing and film making as activism?

AB: Even when I was a teenager I thought of what I was doing as working for the dignity of my people, my people meaning working class people, mixed race people, queer people. I saw so much beauty and resilience in my people, and the gallows humor, which is the refuge of the oppressed, always makes it into my work. Surviving without being jaded bitter and cynical about the world is hard work.

BCP: In our interview for XTRA! you mentioned that you believe LGBTQ film festivals practice transphobia. Can you elaborate?

AB: The “T” in the LGBTQ that they have in their title stands for “token” not “trans”, they have a one 90 minute slot in a festival that lasts more than a week and we all have to fit into that one slot, so if we make longer films or films that don’t have anything to do with being trans is shit out of luck for being programmed. It’s like a trans ghetto effect unless you’re from out of town and made a film about your transition, how many films do we need about transitioning, it’s become like a fetish for non-trans people to watch films about trans people transitioning. If we want to make a drama or doc about other things that inspire us then we’re in competition with the LG films, B filmmakers I am sure deal with the same issues, if they get programmed at all. A lot of non-trans filmmakers think it’s cool to make films about trans issues, and programmers are more likely to program their films than films by actual trans people. And they pat themselves on the back by saying they are helping the trans community. They are patronizing the community not really helping us at all, just their own careers. Then there’s the gaystreaming effect, the chasing the money of rich white gay men who want to see their own privileged lives up there on the big screen. Certainly not the hard scrabble reality of the majority of us who live on the margins. Lots to deal with when we submit our films makes one wonder why we bother making them in the first place. We need our own festival we had our own festival in the late 1990’s called “counting past two”. The organizers got burnt out though because they had to use their own credit cards and went into debt to put on that amazing festival 3 years in a row.

BCP: What do you want the Trans and non-Trans communities to get from watching your films and listening to your poems?

AB: That we were considered important valuable members of the community, worshipped even, before colonialism, patriarchy and capitalism made us persona non grata, and elevated the obedient consumer who shops to keep the reality of how shallow their lives are at bay.

BCP: Do you identify as an artist or Trans artist?

AB: I hate that question. When I was a dyke playwright 20 years ago I got asked that all the time, however I answer it I am damned. Trans people will accuse me of being a sellout if I say I just identify as an artist, if I say I’m a trans artist I ghettoize myself. Which is what happened when I stuck by my identity as a dyke back then, I was ghettoized. It’s a stupid question.

BCP: You’ve been doing the openings for many LGBTQ events in Toronto lately.  You’ve also mentioned that you are upset when people call you last minute to open with an Aboriginal calling on the directions ceremony. Do you have any words for Toronto’s LGBTQ community on this issue?

AB: It’s become trendy to ask Aboriginal, or in my case Metis, people to do these ceremonies, whether they have ever done one before or not as long as they are Aboriginal that’s all they care about so they won’t be accused of being racist, then people sit through the ceremony politely and hope it goes by quickly so they can get back to the main event, they basically tune it out. As for asking at the last minute, doesn’t anybody realize I have a busy life too, that it takes time to prepare, that I can’t drink or do other things I like to do for days before I call on the directions, that I still have a moontime so that affects if I can handle the sacred medicines or not. 2Spirit people and Indigenous sovernity issues, that Canada was created on stolen land, is the last thing they want to think about, if it even crosses their mind at all, they are mainly thinking about the after party and getting laid for being so fabulous. It sucks to still be tokenized like this after 30plus years of being out.

BCP: What advice do you have for other queer and Trans writers out there who are having difficulties with their writing and filmmaking, or who have yet to see their work featured in print or on screen?

AB: Believe in yourself no matter what, keep doing what you love and what nourishes you, do it for yourself most of all. Produce or publish it yourself, or with like-minded friends.

Create your own reality.

Tune into BlackCoffeePoet.com Friday December 2, 2011 for a video of Alec Butler reading his poetry.

“Woman of colour friend needs urgent help, facing homelessness. She does not have a car or a personal support network. Needs boxes immediately for packing. In January or before would need help driving a moving van to a storage unit. Davenport/St. Clair West and Dufferin neighborhood.”

3 Responses to INTERVIEW WITH ALEC BUTLER