A PSALM IN HONOUR OF TRANSGENDER DAY OF REMEMBRANCE

November 20 is Transgender Day of Remembrance (the 15th year of its existence), the day to remember Trans peoples who’ve experienced violence, gone missing, or been murdered for being who they are: Trans.

According to the very reliable source Transgriot, 238 Trans peoples, mainly Black and Latin@, were killed this past year.

We remember Trans peoples who have experienced violence, gone missing, or been murdered via a psalm by Trans Reverend Cindy Bourgeois who is an awesome ally to her Trans sisters of colour. 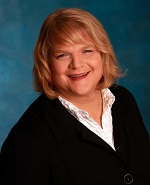 Cindy Bourgeois is the first known out and proud trans person to be ordained to ministry by a mainline Christian denomination in Canada.

Click here to read a letter Cindy wrote in support of February 14th, the day to honour and remember Missing and Murdered Aboriginal Women in Canada.

Black Coffee Poet is a mixed race poet, essayist, and journalist who focuses on Social Justice, Indigenous Rights, STOPPING Violence Against Women, Film, and Literature.
View all posts by Black Coffee Poet →
This entry was posted in Uncategorized. Bookmark the permalink.