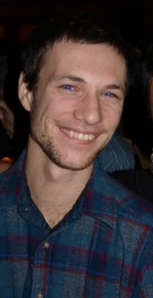 My letter addresses the need to embrace diversity within the individual. Only after diverse individuality, and individual diversity, is cultivated can social justice begin.

As a recent graduate from a First Nations program in a Canadian university, blackcoffeepoet.com has been an incredible resource.

My own mixed heritages speak loudly this week. Honoring my Jewish blood, I light the menorah and remember not only my European Jewish ancestry, but also the Palestinian Nation, whose struggle is ongoing. I stared fervently into the first lit candle unto its risen wisp of smoke. I prayed for the dogmas of militant nationalism to subside with compassion. I prayed for an end to the perpetual malevolence linked to modern Jewish identity under the Israeli apartheid regime.

This year has been an auspicious one for me, and surely one of the most foundational in my creative life. At the beginning of the year, when I first subscribed to Black Coffee Poet, I received my first print publication. As an emerging writer, first-time publishing is as much an odyssey as creative development.

I could never have put so much hard work and emotional resilience into this year’s literary aspirations without such community support as exhibited on Black Coffee Poet.

As a world fusion musician, I performed regularly with Iranian and Vietnamese artists. As a visual artist, my first live gallery exhibition was held in support of local immigrant artists. As a writer, I have published across Canada, the U.S. and the UK.

I may not be racially marginalized, however, in my chosen vocation as a self-taught, multidisciplinary, immigrant artist, I am ever led towards greater human compassion. The life of an artist is one of deep listening, to one’s intuition and to the language of the human heart.

Matt Hanson is a contributing journalist to The Dominion, Canada’s only independent news cooperative. Based in Calgary, Hanson regularly performs world fusion music. Under penname Rusty Kjarvik, Hanson has written poetry, short fiction, essays, and exhibited manuscript art for over thirty literary publications across Canada, the U.S. and the UK.

Find out how to submit a Letter or Opinion Editorial here.

2 Responses to EMBRACING DIVERSITY: LETTER FROM A CALGARY READER