Michelle Basha a native of Trinidad & Tobago who migrated to Canada at the age of 8. Basha faced racism head on at an early age along with repeated acts of sexual assault, up until the age of 14. Basha married out of the home, on her own, where physical and emotional violence became my new nemeses. Becoming a mother gave her a new outlook on life as she tried to see what her children saw. Deciding then, that her children were not going to think violence in the home was normal, she separated from, then subsequently, divorced her abuser. That decision ultimately took her down a path she had never considered, a path towards healing, not only for herself, but for others. Basha is a knowledge-seeking mother, grandmother, lesbian, feminist, activist and crisis line counselor.

May Lui, for Black Coffee Poet: What position do you hold at Toronto Rape Crisis Centre/Multicultural Women Against Rape (TRCC/MWAR)?

MB: I am currently a Crisis Line Counselor with the TRCC/MWAR. In the past, I have also covered the Front Desk and served as a member on the Collective Board.

ML: What work do you do at TRCC/MWAR?

MB: At the TRCC/MWAR I counsel women who have either recently experienced some sort of violence whether it be physical, sexual, emotional, financial, even social, or who are re-living a past experience through flashbacks, which can be brought on by what is known as a “trigger”. A trigger can be anything from a sound to a scent.

ML: How long have you been working at TRCC/MWAR?

MB: I have been working with the TRCC/MWAR as a crisis line counselor for 6 years now, but have been associated with the centre for 9 years.

ML: Why is an organization like the TRCC/MWAR necessary?

MB: An organization like the TRCC/MWAR is necessary because of the many barriers facing women of colour, Aboriginal women, trans women, disabled women and queer women, that to have a place that is non-judgmental and that will not violate them again and again is not only necessary but crucial. Here they can find support, understanding, individual and group counseling, resources, others that they can relate to and who can relate to them and even a shoulder to cry on.

ML: What is your understanding of racialized violence against women?

MB: From what I understand of racialized violence against women in Canada, Aboriginal women and foreign domestic workers are more likely to experience physical and sexual violence than any other group of women. Many foreign domestic workers flee abuse or violence in their native countries only to then be abused by the Immigration system when seeking refuge. Women who are, or who are assumed to be, poor, prostitutes or drug addicts are ignored for the most part when trying to report a crime. Police seem to be less enthusiastic when it comes to investigating cases of assault against Indigenous women than they are when it comes to cases of assault against Caucasian women. A woman’s ethnicity, the area she lives in, disappears from or is murdered also determines the amount of effort that is put into solving her case. For Indigenous women, authorities would rather assume that she is transient and has moved on, than to investigate. Indigenous women, along with physical and sexual violence, also face political, structural and economic violence which all feed off of each other. Violence against women is the consistent marginalization of their concerns. It is the constant attempts to prevent women from having attention, influence, or power. Racialized violence against women is an ongoing concern.

ML: Feminism is thought by many people to be for white women only. Many women of colour and Aboriginal women have rejected the word feminism for their activism, given experiences they’ve had of racism within the mainstream feminist community. Yet others have adapted it and use it. Do you identify as a feminist? Why or why not?

MB: If by feminist, one means standing for the protection and propagation of women’s rights wherever they are being stifled, then yes, I am a feminist. I believe that women and women’s rights need to be enforced and recognized everywhere without persecution. As for “feminism” being for white women only, that may have been true in the past but it is up to us as women of colour to make it for WOMEN. As individuals we draw on our own experiences and as individuals we also have the choice to learn, adapt, accept, embrace and reclaim what has negatively impacted us and our lives.

ML: Do you have a critique of the ways in which the events of December 6, 1989 have been taken up in the mainstream anti-violence movement in Canada? Specifically, violence against women of colour, Aboriginal women, trans-women, disAbled women, queer folks that often gets sidelined in many conversations?

MB: What I didn’t understand, back in 1989, is why I never saw, before that day, rapes, kidnappings and murders of women profiled in the media with such vigor. Many Aboriginal women, trans-women, disabled women, queer women and women of colour were assaulted and killed before December 6th, 1989, yet I don’t recall their stories making the headlines much less creating such a media frenzy as we saw in 1989. It seemed to me, in 1989, to be the first news story told of violence against women. Now was this because it was so many women at once or because the women were Caucasian? December 6th, now a National Day of Remembrance and Action on Violence Against Women, will always be remembered as the day that 14 women were tragically murdered for being women and for being in what was considered a man’s field of study. In today’s anti-violence movement, the faces of these 14 Caucasian women still overshadow the countless number of women of colour, Aboriginal women, trans women, disAbled women and queer folks whom are still unaccounted for, whose cases remain unsolved and whom have been simply forgotten to all but those who love them.

M: What are your thoughts on the SLUTWALK event held in April this year?

[Background: After there was a sexual assault at York University in the spring of 2011, a police officer spoke to a group of students and told young women that if they didn’t want to get raped they shouldn’t dress like sluts. Slutwalk was organized and was intended to raise awareness about what women wear being irrelevant to being targets for harassment and assault. It ended up sparking many offshoots of arguments and discussions about race, class, exclusion, and what it means to reclaim the word “slut”, and who can do such reclaiming.]

MB: “Slutwalk”…I was appalled, angered and disgusted by the police officer’s comment. It only reinforces the fact that they, police officers, do not know how to handle assaults on women and need to be trained on how to handle assaults on women. First lesson being that it is NOT their fault. That no matter what a woman may say, do or wear, it DOES NOT give any man the right to harass or RAPE her. I wonder if this is the same advice the police officer would have given to the 18 month old baby girl, the 2 year old girl, the 90 year old woman or the paraplegic woman who had been raped. It is unfortunate, that as we approach the year 2012, women are still being held liable for the actions of some men.

Yes, SLUTWALK ignited discussions on race, class, exclusion and the reclaiming of the word “slut” all of which need to be discussed in hopes of one day ending all of the “isms”.

SLUTWALK therefore was a great event brought forth by the ignorance of someone in a position of power and in an organization that is supposed to protect the innocent. I think SLIUTWAL needs to be an annual event in order to serve as a reminder.

ML: Since this week’s theme at blackcoffeepoet.com is violence against women, are there other thoughts, insights that you’d like to share? Are there any public events coming up at TRCC/MWAR that we should know about?

At the TRCC/MWAR we are doing what we can to help with the eradication of violence against (our grandmothers, mothers, daughters, nieces, sisters…) women. We do outreach work in different communities, such as Take Back the Night, fundraisers, etcetera to keep our organization up and running so we can continue to support the women that need it.

Our next fundraising event, Bowl-a-thon 2012, will take place on Saturday, March 17th, 2012 at Bowlarama West (5429 Dundas St. West). So get a team together and fundraise, sponsor a lane, donate a prize, come on out and bowl for a good cause. For more information visit our website at www.trccmwar.ca .

ML: Thank you so much, Michelle for sharing your insights and analysis. And thanks for your work at the TRCC/MWAR, a very important organization for all women. 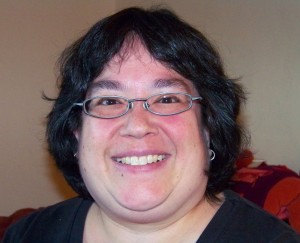