underground inspirations by Parkdale Street Writers is exactly what the title says:  inspirations from those who live in the Parkdale neighbourhood and know it’s every corner, stairwell, and alley.  The youth featured in the zine aren’t the folk that are gentrifying Parkdale, or those who now see it as a trendy spot to party that was considered a shitty part of town just ten years ago. The 30 writers that fill the pages of underground inspirations are mostly from Parkdale or areas similar to it.  They are the people that developers are trying to push out, erase, and have potential buyers forget they live there.

They are the underground.

A diverse group made up of different races, religions, genders, and sexualities, the 52 page zine is evidence that everyone can get along in this world if they want to.

The intro, written by 5 members (Cooper, Mas, Noura, Ferreira, Stewart), Parkdale Street Writers Year In Review, shows unity, love, dreams, positivity, and the possibility of a better future one group at a time.  It celebrates growth (20 writers last year, 30 writers this year), less members taking smoke breaks, performing at the Art Bar Poetry Series, and learning the craft of writing via different facilitators and through the person who started it all, Emily Pohl-Weary.

Redefinitions, a collaborative piece written like a mini dictionary across three pages, shows the diversity of the group and how they come together with different opinions while still respecting each other. For example:

God— The sustainer, the giver of life, the Merciful, the Most Gracious, the Beginning and the End, the One.  (Tendisai)

Ode to George Wass by Rabin Ramah shows the compassion found within the zine.  Wass was a resident of Parkdale who was murdered in March, 2011 by a man wearing a balaclava targeting peoples with disabilities.  The sixth person attacked in the span of a few months, Wass’ face was all over the news: sad, bruised, bloody.  Those who don’t care about Toronto’s forgotten peoples could ignore the picture in the paper and segments on the news.  Ramah did neither; he put pen to pad.

Ramah’s ode is short but says a lot; it humanizes someone deemed worthless by many in our society:

The paper said his name was George Wass, 62.  He was someone’s father, grandfather, son, and neighbour.

Ramah’s ode is also a critique of the neighbourhood he’s lived in for thirty years and loves dearly.  It’s honest, brave, and important.

Parkdale always has fear in it, ever since I arrived in the seventies.  Fear of too many immigrants from foreign countries with curries, that wear their clothes.  Homeless running across the street into incoming traffic.  This is the neighbourhood George called home.

Ramah writes of the real Parkdale with insider consent.

With true love for his neighbourhood and its different peoples, Ramah, unlike our country’s politicians, isn’t afraid to show the ugly side of his home.  Too bad everyone isn’t as honest as Ramah.

Around the time of the murders, Cheri DiNovo (NDP, MPP for Parkdale-High Park), made a very problematic statement on live TV: “We’re not the haves and have nots. We consider ourselves one and the same here in Parkdale.” (LIVE CP 24, 10:35 am April 6, 2011) 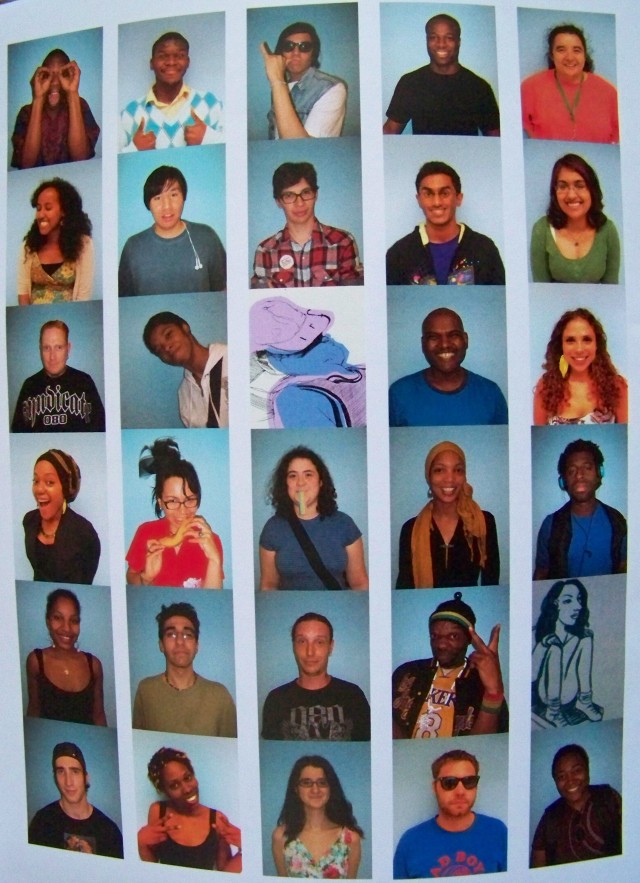 The “we” and “one and the same”  DiNovo imagines are cut to pieces in the truthful descriptions written by Ramah and many others.

Parkdale has a heart and it beats heavy with suffering, but the passersby would never take the time to notice.  When the sun goes down, it’s like being behind curtains: the rich aren’t supposed to see the chaos.  Every woman and man, even people with no hands, needs help in Parkdale.

Filled with original art work, photography, songs, sonnets, haikus, and short stories, underground inspirations not only shows that everyone can write if they want to, it shows that community matters and that community is how we can navigate this world in a positive way.

To be held hostage by one’s own mind.

Mind: imprisoned by walls of thoughts.

Experiences: esteemed by egos of self.

Self: assured by a collection of ego minds.

But you forget all the above are CHOSEN.

Change but one and the cycle breaks.

Tune in to Black Coffee Poet Wednesday July 6, 2011 for interviews with Dani Mas and Irfan Ali of Parkdale Street Writers.